A neural network is an interconnected group of nodes, akin to the vast network of neurons in the human brain.

Neural networks, or neural nets, were inspired by the architecture of neurons in the human brain. A simple "neuron" N accepts input from multiple other neurons, each of which, when activated (or "fired"), cast a weighted "vote" for or against whether neuron N should itself activate. Learning requires an algorithm to adjust these weights based on the training data; one simple algorithm (dubbed "fire together, wire together") is to increase the weight between two connected neurons when the activation of one triggers the successful activation of another. The net forms "concepts" that are distributed among a subnetwork of shared[j] neurons that tend to fire together; a concept meaning "leg" might be coupled with a subnetwork meaning "foot" that includes the sound for "foot". Neurons have a continuous spectrum of activation; in addition, neurons can process inputs in a nonlinear way rather than weighing straightforward votes. Modern neural nets can learn both continuous functions and, surprisingly, digital logical operations. Neural networks' early successes included predicting the stock market and (in 1995) a mostly self-driving car.[k][216] In the 2010s, advances in neural networks using deep learning thrust AI into widespread public consciousness and contributed to an enormous upshift in corporate AI spending; for example, AI-related M&A in 2017 was over 25 times as large as in 2015.[217][218] 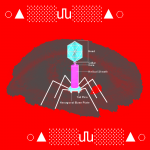